I’ve been wondering, just how in the world did we get such a character as Ex-Cardinal McCarrick serving in the Church anyway?

Furthermore, why do we have a pope that refuses to speak clearly and won’t defend traditional orthodoxy?

For that matter, why do most Catholics not even believe in the Real Presence of Jesus Christ in the Eucharist?

About a year ago, my husband and I stumbled upon Dr. Taylor Marshall’s YouTube videos, wherein he and Timothy Gordon began exploring these questions.  It was refreshing.  They were asking all the same questions that my husband and I were asking.  The only difference was, they actually did some research.  In fact, Dr. Taylor Marshall did a lot of research and has recently released a book titled Infiltration. 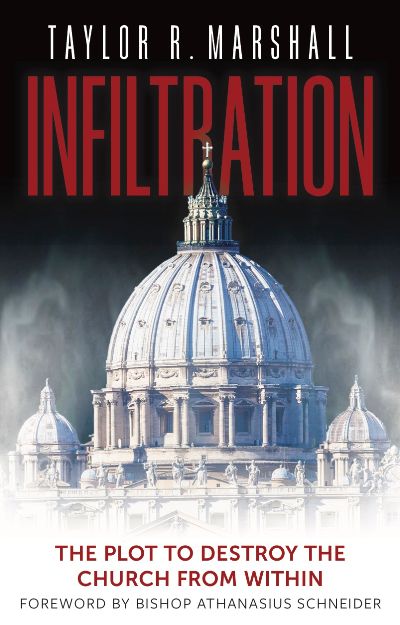 I just finished reading this book, and I think you should all buy a copy and get at it.  Click HERE for it on Amazon.

I will warn you, however.  Marshall doesn’t spare the likes of Pope John Paul II or Pope Benedict the XVI.  This might upset those of you inclined to think that neither of these men made any mistakes.

*Notice who wrote the forward??  Yep, none other than Bishop Athanasius Schneider.  Now there’s a man!

View all posts by Kim Heilman

In the Light of the Law

Crazy? Angry? You decide and I couldn't care less!